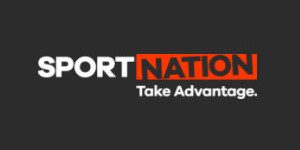 SportNation serves as one of the fresh faced babyfaces of the UK betting scene, which can be both a blessing and a curse. They don’t seem to go too over the top in what it is they do or how they operate, and in equal measure, they’re considered to be a highly respected brand amongst their peers.

There’s nothing extravagant about the site at all upon first viewing, and again, that could be a good thing or it could be a bad thing depending on your own personal preference. They get the odds out there for you to see and they don’t stretch themselves out too thin, with their default betting odds being Fractional (Decimal and American are both also available). They’re also the sponsors of Solihull Moors, which tells you what kind of market we’re dealing with at this stage of their development.

Keeping in with the current tone of the company, there’s a decent enough amount of sports to be bet on. The majority are pretty standard, but there are some fun alternatives thrown in there that some may not have considered in the past.

The First Five offer allows you to be paid out on a winning bet if your side scores within the first five minutes which is a fun tool, with the 25% weekly in-play refund often succeeding in luring players back in after failed bets.

SportNation is owned and operated by Argyll Entertainment AG, and they are officially licensed in the United Kingdom by the Gambling Commission.

The minimum withdrawal amount within the company is £20, with the belief being that it takes an average of 3-5 working days in order for that total to be officially processed. You’re allowed to register a maximum of three credit/debit cards to your own account, with the following methods being eligible for use: VISA & MasterCard, Trustly, Skrill and Neteller.

With more than 2,500 followers on their Twitter page, it certainly feels like SportNation is starting to make some progress on the ‘tweeting’ side of things. However, where they’ve really been able to flourish on social media is Facebook. Whilst there’s still work to be done on the interaction from their viewers on posts, they have more than 69,000 likes to their name. That, in itself, says a lot about their current (and future) potential reach.

They may not use their own unique registration system, but in our mind, that doesn’t really take away from the experience. The interface is pretty simple and they soon ask for your mobile number and address, although they’re pretty good when it comes to not spamming you as many other bookmakers so frequently do.

While we don’t want to put too much emphasis on the ideology of ‘let’s wait and see’, that’s a big part of the appeal for SportNation. It’s a bookmaker that seems to be biding its time, remaining one or two steps away from breaking out into the upper echelon.

With that in mind we’d argue you’d be smart to hop on the train now, if only because the future seems so bright. There’s definitely an argument to be made that they’re a little bit too safe right now and aren’t going out of their way to take any risks, but isn’t that a good thing?

Of course, that’ll sound pretty contradictory as we’re talking about gambling, but it’s not hard to see what we’re saying. SportNation does everything by the book and is well respected within the community as a result, but at the same time, they also aren’t making the same kind of waves as their opposition. Do they care about that? Only time will tell in this instance.