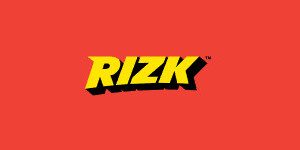 Big, bold and brave. Those are three words that we’d come out with straight off the bat for Rizk, who don’t mess around when it comes to telling you what they’ve got available. The Malta-based company tend to focus a lot of their attention on the casino side of things, and given the demand for that kind of function these days, that may not be a bad idea.

Our first impression when going on the site is that everything just feels a little bit too big and in your face. It’s almost like you don’t even have room or time to breathe, because you’re so busy trying to work out what it is that’s right in front of you. It certainly grabs your attention, but for how long? The scroll function doesn’t seem to exist either, which cuts them down at the knees almost immediately.

Rizk don’t hold back with their available sports, and we mean that in the best way possible as you can see below.

The site offers accumulator selections as well as singles, doubles and so on, and in terms of the actual markets, there’s a lot to choose from.

Rizk’s website is currently operated by MT SecureTrade Limited, which is incorporated under the laws of Malta. They are officially registered and licensed by the Malta Gaming Authority, and in addition to that, they are licensed and regulated by the UK Gambling Commission.

When it comes to withdrawals, though, it’s slightly different. Bank wire transfer allows you to withdraw a minimum of £20 and a maximum of a whopping £50,000, although it’ll take 1-3 banking days to get to your account. MasterCard, Neteller, Skrill and Visa all work under the minimum £20 and maximum £5,000 ruling, whereas Paysafe Card is a minimum £20 and maximum £200.

Their Captain Rizk ‘campaign’ of sorts seems to have worked pretty well for them, as they have more than 7,000 likes on their Facebook page. They’re fairly non existent when it comes to Twitter, though, to the point where we can’t even find a reputable account. All they’ve got is a few bot accounts tweeting out offers from time to time.

The registration page is actually pretty easy to work with and understand, even more so than the majority of other bookmakers. Unfortunately when it comes to the verification text, it takes a really long time to actually come through – and sometimes, it doesn’t come through at all.

The term ‘car crash bookmaker’ tends to be thrown around quite a lot, and while we aren’t convinced that’s entirely the case here, there’s definitely an element of it. Rizk does a couple things well, but in direct contrast to that, they also overload their system with a lot of things that don’t need to be there.

Purely from an intrigue point of view we’d definitely recommend testing them out, and we’d also suggest keeping an eye on them in the years to come. They like to be different and unique, which could send them in one of many directions.

It sounds like we’re bashing on them but, in truth, they just seem to fall into the same trap that many bookmakers do – a lack of consistency. There are quite a few things to like here but it’s just a case of actually uncovering them, because it’s not always obvious to the naked eye.